Two Reasons to Get Out of Bed on June 5th 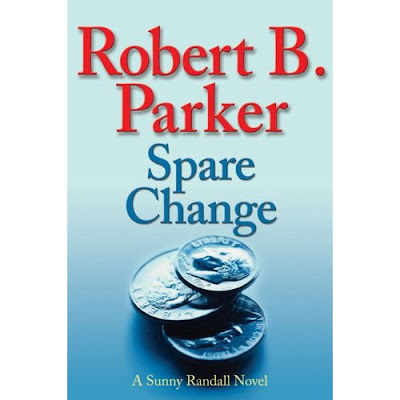 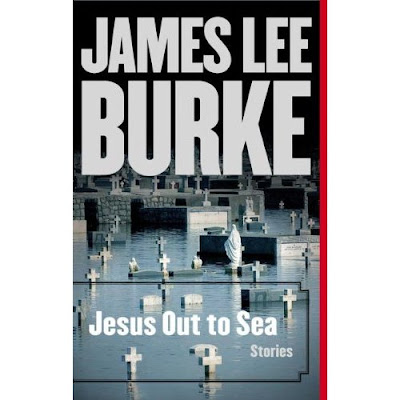 Posted by Mark Justice at 5:32 PM No comments:

I finished up my part of the signing sheets for Dead Earth: The Green Dawn this past week (and if you want a harsh reminder of how horrible your handwriting is, just sign your name a couple of thousand times). Cover artist Glenn Chadbourne signed before me. I boxed up the sig sheets and shipped them off to Gary A. Bruanbeck, who wrote the introduction to the book. He, in turn, will pass them along to co-author David T. Wilbanks. Once Diamond Dave mails them across the pond to Pete Crowther at PS Publishing, the presses should roll and the book should finally be released.

In case you'd like to preorder the book, here are the links at Shocklines.com:

I should have a major new book announcement on Pod of Horror #35, which will debut next weekend if the Pod Gods allow.
Posted by Mark Justice at 9:23 AM No comments: 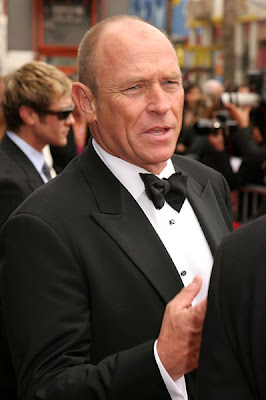 Pod of Horror #34 is headed to your computer, screaming like Paris Hilton being led to jail. This time around:

* We talk to the talented Lucy Snyder about the genre-hopping stories and poems in SPARKS AND SHADOWS.

* Gary A. Braunbeck reads a story co-written with Snyder.

* Actor Corbin Bernsen discusses his work on Masters of Horror.

* The Call of Kalanta has enough news to choke Rosie O’Donnell.

* Scott Bradley is back with a double helping of reviews.

* Free books if you can answer The Tomb of Trivia.

Pod of Horror is hosted by Mark Justice. Download it at I-Tunes or direct to your desktop.

And be sure to drop by the Justice & Wilbanks message board.
Posted by Mark Justice at 4:36 PM No comments:

You're invited to a kickoff party/live chat for Deadneck Hootenanny Saturday night at 10:00 P.M. eastern at The Lost and The Damned. Click on the Chat Room link to join in. I'll be there along with Novello Publishers' big Kahuna Nick Cato, and someone will win a free copy of the book.

(I'm told some browser mays need a plug-in to join the chat. If you plan to join us, perhaps you could head over there a bit early and make sure you can get to the chat room.)

Deadneck Hootenanny is #2 this month on the Shocklines bestseller list for advance orders. If you're one of those who have placed an order...thanks.

If you'd like to order a copy, what are you waiting for? it's only ten bucks.

That's a quarter tank of gas.
Posted by Mark Justice at 5:41 PM 2 comments: 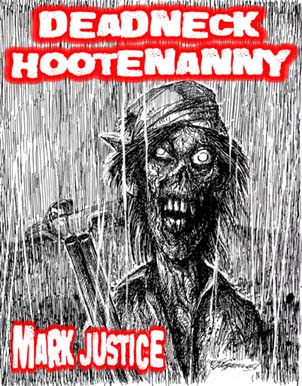 Deadneck Hootenanny is now available for pre-order from Novello Publishers. The introduction is by novelist Scott Nicholson. The afterward by Dark Discoveries editor James Beach. Legendary artist Bob Eggelton provided the cover (and I love that lonely pickup truck on the hill).

Are you looking for a grim and gritty story that explores the darkest corners of depravity?

If, however, you want to read something that will make Pabst Blue Ribbon squirt out of your nose -- even if you're not drinking -- then Deadneck Hootenanny is the book for you.

You'll get good ol' boys and zombies in a side-splitting tale of the Apocalypse, and it's only ten bucks.

You can place your order here.

UPDATED 5/21/07: Larry Roberts is now carrying DH in the Bloodletting Press Book Store.
Posted by Mark Justice at 2:07 AM 2 comments:

A few weeks ago I was coerced by my crafty wife into cleaning our deck. This involves coating the deck with a noxious and mysterious mixture of soap and bleach and radioactive isotopes and chicken guts (I think; this analysis is purely based on smell).

On one side of our deck are three steps that lead down to the backyard. I had already been down these a few times that day to retrieve items from our storage building. On my last trip of the day one foot slipped on a soapy spot and I went airborne. My wife told me later that as I flew from the top step my feet actually went higher than my head, a move worthy of America’s Funniest Home Videos. I landed with a crack and a blinding bolt of pain as my lower back collided with the bottom step. For a moment –okay, a couple of moments – I lay there thinking I probably wouldn’t be able to walk again. My wife was saying something but I couldn’t hear her. The buzzing in my head blocked out most everything else.

Finally, I stood up. The left side of my back throbbed mercilessly, but I could almost stand completely upright.

“I’m okay,” I said. I don’t think Norma believed me, since she was crying (and the expression on her face reminded me of the way the villagers in the old Universal movies stared at the Frankenstein monster).

“Really. I’m fine,” I repeated, even as I realized I couldn’t lift my left arm higher than my shoulder. I must have jammed it up when I tried to break my fall.

“We’re going to the hospital,” she said.

“I don’t need to go,” I said, in a typical male response. “I’ll rub some dirt on it. I’ll be okay.” Even as the words left my mouth the pain spread over to the right side of my back and down both legs. I imagined my vertebra, cracked apart, the gap widening as I stood there denying I was hurting.

“Okay,” I said. See how a real man stands his ground?

The emergency room visit went as well as could be expected. A security guard pointed out to the crowded waiting room that I was the guy on the radio, which is just the kid of attention you want when you’re hunched over like a osteoporotic octogenarian. The whole x-ray procedure felt like I was being interrogated during The Inquisition. By the time I saw a doctor, the pain was so great I didn’t even notice the foot long needle used to administer my tetanus shot.

The bottom line: no breaks. A massive contusion. Expect a lot of pain for a while.

I spent three days on the couch, watching approximately 117 Law and Order reruns. Then it was time to go back to work. I had an interview scheduled with Edward Lee. Brian Keene was coming into the studio. I had a new episode of Pod of Horror to put together. So I loaded up on the pain pills and hit the road.

Now, I’m much better. Most of the pain is gone, though I seem to be left with an odd swelling which feels like a boney ridge along my lower back, and a huge purple, black and blue bruise across most of the area. All in all, it could have been much worse, so I’m not complaining. And a special shout out to the makers of modern pharmecuticals. I haven’t taken any for several days, but they were nice when I needed them.

Here’s the lesson, my friends: household chores are deadly. Avoid them at all costs.

***
Deadneck Hootenanny should be up for pre-order any minute now. I’ll post a link as soon as it’s ready. Bob Eggleton’s pen and ink cover is a perfect combination of the horrific and the humorous, hopefully just as the book itself. I can’t wait for everybody to see it.

***
Soldiers and dinosaurs. Was there ever a better combination for boys with hyperactive imaginations?

DC Comics knew this. For a few years in the 1960s, they produced a number of episodes in Star Spangled War Stories that become known under the umbrella title of The War That Time Forgot.

It wasn’t an easy title to find at the two drug stories I used for my comics fix, but I occasionally came across an issue and read it until the pages fell out. Because, again, soldiers and dinosaurs. Need I say more?

Now, DC has reprinted over 500 pages of the series in a nice cheaply priced trade paperback. 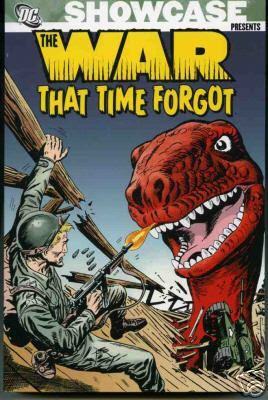 In reading it, I’m surprised at how short the stories are, and how much action was packed in those pages. Now, a 12-pager would be expanded to six issues. It would take three artists to tell the story because nobody can keep a monthly schedule anymore. The last two issues would come out months late.

It was amazing how little explanation was needed to satisfy the 10-year-old reader in 1963. In the very first story, “Island of the Armored Giants!”, a marine, upon seeing a Tyrannosaurus Rex pop up from a large crevasse, says, “The earthquake must have opened the underground tomb these monsters were in for millions of years – maybe in a state of suspended animation – brought them back to life!”

‘Nuff said, brutha. Let’s get back to the shootin’.

These stories are big, goofy fun, healthy nostalgia and a pleasurable distraction from the news. I’m going to parcel them out to savor over a few weeks.
Posted by Mark Justice at 11:59 AM 3 comments: