Dave Wilbanks has decided to leave Pod of Horror. He has a lot on his plate and he says something has to go. I’m just sorry it’s PoH. His contributions will be missed.

But PoH rolls on. We’ll have our next episode up around April 8th, with two interviews, a new Tomb of Trivia clue and perhaps a surprise or two.
Posted by Mark Justice at 5:12 PM 1 comment:

Now This Is A Blurb

"How can you not fall in love with something called Deadneck Hootenanny? How can you not slap your leg and let fly with a loud "Yeeee-HAW!"? I ask you. Get ready to laugh, sweat, and gag simultaneously as Mark Justice brings you Night of the Living Dead by way of Lil' Abner and Green Acres. Suspenseful, witty, and unabashedly absurdist, Deadneck Hootenanny is just so much damned fun you might feel guilty while reading it, knowing how miserable the rest of the world is because it isn't reading it."
--Gary A. Braunbeck, Bram Stoker Award- and International Horror Guild Award-winner, author of Destinations Unknown, Prodigal Blues, and Mr. Hands
The dead are coming back to eat you...then they'll drink beer and watch NASCAR.
Deadneck Hootenanny, this summer from Novello Publishers
Posted by Mark Justice at 6:21 PM No comments:

Pod of Horror #31 has arrived like the first robin of spring...if that robin had a potty-mouth and pooped on your car. What’s up this time? Well:

* Fiction from Jeff Strand, as read by Dave.

* Dave has more Poop than would fit in the adult diaper of a cross-country-driving psycho astronaut.

* And a massive clue is given to The Tomb of Trivia.

And be sure to drop by the Justice & Wilbanks message board.
Posted by Mark Justice at 11:40 AM No comments:

The Recent Criticism of LOST

It's still one of the best-written hours on television, as proven by the recent Hurley episode and this week's Locke story. I've never finished a show and thought "that wasn't very good." As long as they're entertaining me on a weekly basis, I'm happy. And if the creators really do have it all figured out, that's even better.
Posted by Mark Justice at 6:03 PM 2 comments:

It was a first for me. I actually watched an episode of Dancing with the Stars. My wife’s mission to convert me into a girl is almost complete.

Actually, we watched because we both know one of the contestants. Take away the annoying judges, annoying hosts and annoying post-dance interviews and it wasn’t bad. 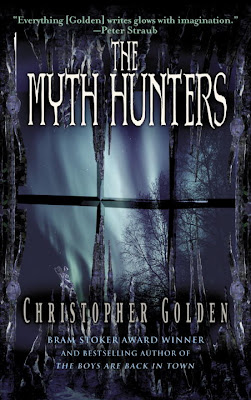 I’m reading The Myth Hunters by Christopher Golden. It’s a phenomenal book by an underrated author. How can a guy write a gazillion books and be underrated? I dunno. But Golden is consistently excellent, and it seems he flies below the radar of a lot of horror/dark fantasy fans. Do yourself a favor. Pick up this book. Or The Boys Are Back in Town or Wildwood Road or The Ferryman.

On the movie front, during my recent illness I managed to do nothing but collapse on the couch and watch TV. I caught Borat, Casino Royale, V for Vendetta and The Holiday. I enjoyed all of them on some level, but it may have been due to my fever.
Posted by Mark Justice at 6:42 PM No comments:

Nick Cato says my redneck zombie novella will be reviewed in The Hacker's Source #23. Here's an excerpt from reviewer Eve Blaack:

"...I had to laugh out loud at this charming tale. And for you zombie fans out there, yes there is flesh munching gore spilling onto the pages. Imaginative, original, and zany, this novella is well worth seeking out."

Deadneck Hootenanny should be up for pre-order in a few weeks. I'll link to it as soon as it's available.

Posted by Mark Justice at 10:23 AM No comments:

How I Spent My Weekend 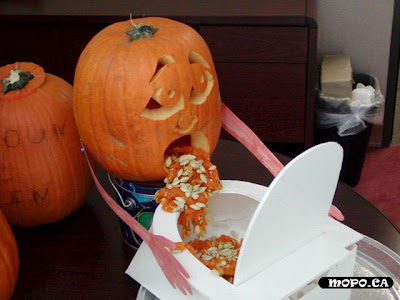 I woke up with it yesterday morning and I've been sick all weekend. Next year, I really must get a flu shot.

I did manage to finish up the secret project I alluded to a couple of posts ago. As soon as the publisher gives their okey-doke, I'll announce it.
Posted by Mark Justice at 2:36 PM No comments:

Joe Kroeger's full review of our novella can be found on the Horror World review page. Scroll down to read it.
Posted by Mark Justice at 6:47 AM No comments:

Here’s a quick update of what’s going on here.

After a few weeks of finishing up several stories, I’m getting back to work on my novel. Expect a word count soon.

I’ve been invited to contribute a story to a new prose anthology for a comics publisher. My synopsis has been approved. I have to set aside some time in the next couple of months to write the thing. It's going to be fun.

I’ve also been asked to write another humor column for a local magazine. That has to be done by the end of the month, so I need to schedule a little funny time.

Nick Cato has nailed down an online chat to kick off the release of Deadneck Hootenanny. That’s a bit down the road, but I’ll let you know when it’s close.

Dave and I eagerly await the release of Dead Earth: The Green Dawn. We have to revise our novel-length sequel and submit it. We’re also starting a new collaboration this summer, a novel not tied into the Dead Earth mythos.

There’s more pulp work for Ron Fortier, too. Getting to tell my own pulp stories is the fulfillment of a dream I’ve had since I was about 12.

Finally, I got some great writing news a few days ago. I can’t say anything yet. But, believe me, as soon as I can talk about it, I’ll be screaming it from the rooftops.
Posted by Mark Justice at 5:41 AM No comments: 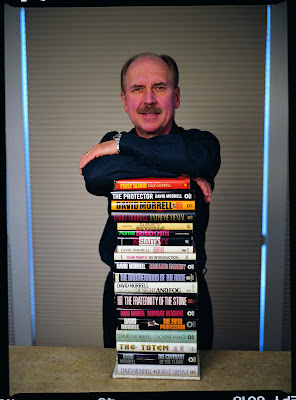 PoH hits the big Three-Oh and on this outing we have:

And be sure to drop by the Justice & Wilbanks message board.
Posted by Mark Justice at 8:27 AM No comments:

Where you been, boy?

Well, let's see. I've been working. A lot. I was sick for a couple of days last week with some kind of bug. Norma had it too. It's the third time I've had the mini-crud since mid-December. Next year I'll think about getting a flu shot.

On the writing front, I finished a short story in time for submission to an anthology. Just in time. Nick o' time, you might say. I wrote it with a fever, between bouts of running to the can. I have a feeling it's really good or really bad. I haven't been able to make myself read it since the fever broke.

On Sunday I received an invitation to another anthology. This one required a brief story synopsis to be approved in advance, so I wrote that up yesterday morning. It got accepted today, so now all I have to do is a little research, then it's time to write the thing.

Yesterday I also heard from a editor about a story I sold him in April 2004. Yep, three years ago. It looks like it's finally going to be published. Sometime the wheels turn slow (and, no, the anthology isn't In Laymon's Terms; for the record, that story was sold in February 2003 and I'm patiently waiting on the book to come out).

I finally watched The Departed with my brother yesterday (cuz it sure ain't a movie my wife would like). Hey, is The Departed the Oscar winner with the most shots to the head? I'm no expert, but it seems like it to me.
Posted by Mark Justice at 4:59 PM 1 comment: