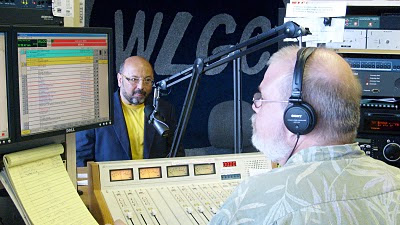 Dr. David Gallo on the radio, 6/25/10
Our friend Dave Gallo was in town last week. He's pretty fond of Ashland, KY, and every two or three years he returns to speak at the museum, gratis.

Dr. Gallo always brings along astounding footage full of amazing creatures and new discoveries made by himself and his colleagues at Woods Hole Oceanographic Institution (and this year he impressed me with the DC and Marvel Comics apps on his iPad).

As I said in my introduction to his museum talk, I believe Dave's true genius lies in taking complex issues and ideas, and presenting them in a way that's easily understandable by people like me. And he does it with a sense of wonder and enthusiasm that is contagious.

He told us about a cool project that is taking him back to Titanic later this summer. Dave is also the project leader on the search for Air France 447, and he's now involved in the Gulf of Mexico oil spill. 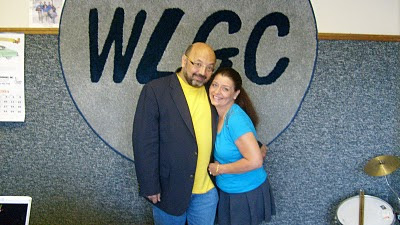 As I also mentioned at the museum, when I heard that Dave was working on finding an answer to the oil spill problem, I felt a tiny glimmer of hope that this mess was actually going to get fixed.

No sooner than he landed at the airport it seemed he had to fly off again, to meetings in Washington, then France. It was great to spend a little time with him.

As director of special projects with Woods Hole, he also must occasionally have dinner with Angelina Jolie and Catherine Zeta-Jones, so you can see why I now want to be an oceanographer when I grow up.
Posted by Mark Justice at 9:24 AM No comments:

Got the word today that Dead Earth: The Vengeance Road is now scheduled for November 2010 from Permuted Press. It's good to have a release date. Hopefully, I'll have cover art and pre-order information to share with you sooner than later. 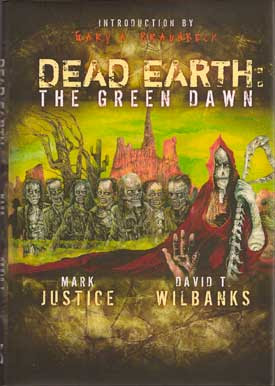 Posted by Mark Justice at 11:48 AM No comments:

Look Out--You May Get Some Pulp On You

Chapter 9 of my pulp adventure serial Donovan Pike and the City of the Gods is now up at Pulp Nocturne.

For those who prefer to listen to the podcast version of the serial, there will be a delay, hopefully brief, while a technical glitch is being corrected. The podcast is recorded and edited and waiting for you to hear it. I'll let you know when it's up.

UPDATE:
The podcast is now loaded and ready to go.

Posted by Mark Justice at 4:15 PM No comments: 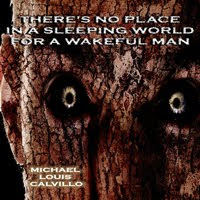 I recently did a recording of a creepy short story by Michael Louis Calvillo, titled "There's No Place in a Sleeping World for a Wakeful Man". Calvillo provided an excellent story and I had a blast narrating it. It's available for purchase/download at The Horror Mall.
Posted by Mark Justice at 7:58 AM No comments:

The Return of Donovan Pike

My pulp adventure serial Donovan Pike and the City of the Gods has returned. Chapter 8 is up now at Pulp Nocturne. You can read it, or listen to the podcast. Or both.

I think I have my life ordered enough to resume weekly posting. There's a lot of story left, and I hope Pike used his time off to catch up on his rest. He's going to need it.
Posted by Mark Justice at 5:04 PM No comments:

I love me some pulps.

I also love second tier characters (Marvel’s Defenders, anybody?). So I’ve always been crazy about the other pulp characters that popped up in the wake of the success of The Shadow and Doc Savage, tough guys like The Black Hood, The Masked Detective, The Green Ghost, The Secret Six, Captain Satan, et al. One of my favorites was The Black Bat. He had the perfect origin: crusading DA blinded by bad guys, gets his sight back via experimental surgery, pretends to still be blind, can see in the dark with the new super peepers so he dresses up like a bat and fights crime.

What’s not to love?

A few years ago Ron Fortier ask me to write a Black Bat story for one of his neo-pulp anthologies. For various reasons, that book was shelved. Flash forward to 2010 and Ron is now carrying on his pulp magic with Cornerstone Books. He asked if my story was still available. It was, and now it’s part of Black Bat Mystery, which is available today. If you’re looking to escape from oils spills and the latest Miley Cyrus scandal, than grab some thrill-packed adventure fiction.

Here’s the cover and the official press release. 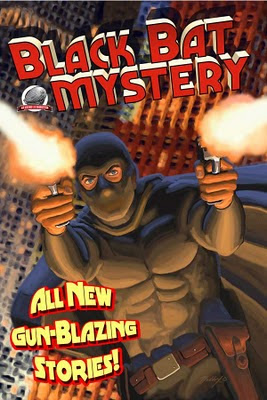 HE OWNS THE NIGHT!

One of the most original heroes in all of pulpdom returns in four brand new gun-blazing adventures crammed packed with action and adventure. The mysterious Black Bat once again patrols the urban jungle, his targets, those who would prey on the weak the helpless. Crusading District Attorney, Anthony Quinn, was scarred and blinded by gangland hoods. When an experimental transplant operation restores his sight, it also grants him the ability to see in the dark! Allowing the public to continue believing he is a harmless, blind attorney, Quinn invents a new identity, that of the crime fighting avenger known as the Black Bat! With a trio of loyal aids, Carol Baldwin, Silk Kerby and Butch O’Leary, he launches his campaign against the forces of evil.

The Black Bat first appeared in the pages of his own magazine, Black Book Detective. The author was G.Wayman Jones ( a house name for -- mostly -- Norman Daniels). It would run for 62 issues from July 1939 to Winter 1953 and become one of the most popular pulp heroes ever created.

From a giant Nazis bred monster to a gun-slinging Commie assassin, here are four original tales by today’s finest pulp writers; Andrew Salmon, Aaron Smith, Mark Justice and Frank Schildiner starring the Master of the Night. Once again the Black Bat is thrilling pulp fans with his daring exploits. Long considered the template from which dozen of comic book heroes were inspired, to include Marvel’s Daredevil and DC’s Batman, the Black Bat is truly one of the most unique characters ever born of the pulps. Featuring a cover by Mark Maddox, with designs and interior illustrations by Rob Davis, BLACK BAT MYSTERY is a must for all action-loving pulp fans. 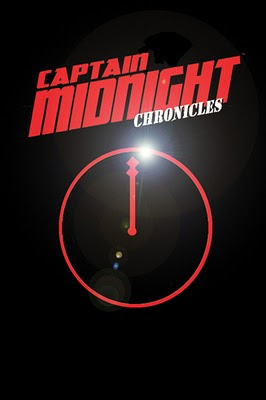 The Captain Midnight Chronicles is out this week from our friends at Moonstone Books, and it includes a story from yours truly. The good captain was a radio, comic book, movie serial and TV star back in the day. Get the wiki on him here.

I wrote my story so long ago that I’m pretty sure Cap was still on the radio. It’s good to finally see it in print.

You can order it here, and this is what Moonstone says about it:

Born in the blazing crucible of war, but sworn to fight for peace, the mysterious obsidian aviator known only by the codename Captain Midnight… flies again!
An ace pilot, super secret agent, and astounding scientific genius, the heroic Captain Midnight ruled the radio airwaves and starred in comic books, film serials and a classic television series.

Now, when we need him most, he has returned, along with his legendary Secret Squadron– to battle spies, saboteurs and the mercenary armies of the evil warmonger Ivan Shark and his delectably deadly daughter, Fury. Join the Captain and his elite air warriors in eleven all-new stories by some of the greatest adventure writers in the world, as they battle evil and fight for freedom all over the world! 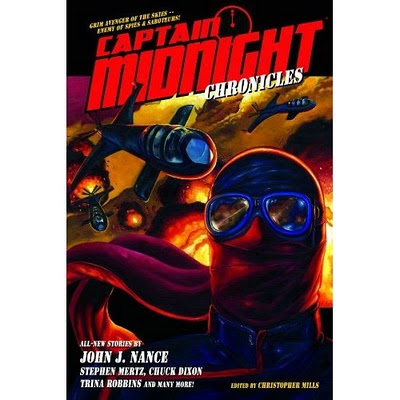 Posted by Mark Justice at 2:43 PM No comments:

I’m slowly digging out from under an avalanche of commitments.

The writing of The Dead Sheriff prose book is going well. I should be finished in two to three weeks. In the midst of that, I have to pause to write a short story for an anthology.

Speaking of stories, my collection Looking at the World with Broken Glass in My Eye is scheduled for publication in July. I’m the hold-up on this one. I have to go over the edits before we can move forward. Billy Tackett has produced a phenomenal cover. The book will be published by Graveside Tales.

My pulp adventure serial Donovan Pike and the City of the Gods will resume on June 13 at Pulp Nocturne, and hopefully stick to a weekly schedule until it’s completed. During the hiatus, Donovan Pike has found a publisher and will appear in book form soon after the web serial is finished. The next pulp novel is lined up for 2011. It involves Nazis, monsters and a guy dressed in red, white and blue, along with the scrappiest kid gang since the Newsboy Legion.

I have a story coming soon in another pulp-inspired anthology. I can hopefully announced that, and show you the cool cover, this weekend.

On a regular basis I’m asked about the status of Dead Earth: The Vengeance Road, the novel I wrote with David T. Wilbanks. As far as I know, it’s still scheduled for publication this year, though I haven’t had an update for quite some time.

There have been a couple of new reviews of the first book in the series, Dead Earth: The Green Dawn. You can read them here and here.

Pod of Horror has suffered a delay, too. In fact, and in the interest of full disclosure, I briefly flirted with the idea of putting the show on hiatus or canceling it altogether. It takes a chunk of time that I'm having trouble finding these days. But I came to my senses, and I hope to debut the next episode, with guest Peter Straub, on June 19th.
Posted by Mark Justice at 8:18 AM 3 comments: 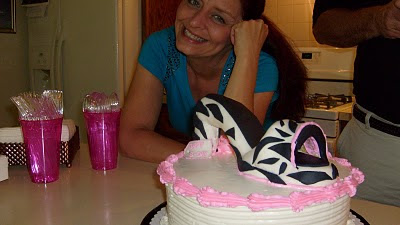 The gal of my dreams deserves a great birthday cake, and last night Jason Platt at A-La-Carte Catering really scored with the Sex and the City cake.
Posted by Mark Justice at 10:14 AM No comments: