The Critic has Spoken...er, Blogged

Dave and I are working hard to get the sequel novel in print, and we hope to have news very soon.
Posted by Mark Justice at 8:57 AM No comments:

The Truth Behind Swine Flu 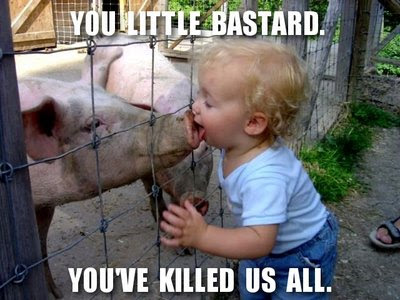 (Thanks to Nanci Kalanta)
Posted by Mark Justice at 9:27 AM No comments: 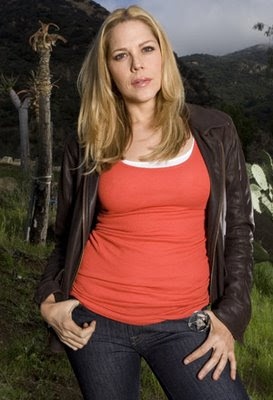 Currently Watching: In Plain Sight. This is one of Norma’s favorite shows, and we’ve caught up on Season Two. Star Mary McCormack’s lips have gone from hideously overinflated to just kind of rough looking. Check out photos of her from the movie Private Parts or The West Wing series. Nothing wrong with those lips. But she got ‘em all mangled up for In Plain Sight. Thankfully, in the second season, those monster lips are start to return to normal. 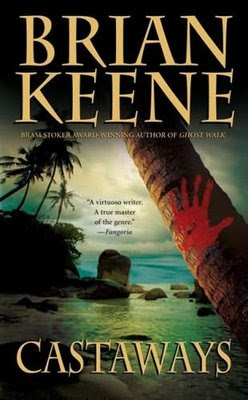 Here’s an interview with my buddy Ron Fortier, the man who’s working harder than anybody at keeping pulp fiction alive.
Posted by Mark Justice at 7:54 AM 1 comment:

Lying to Myself and Other Entertaining Pastimes

If you remembered that, you’re one up on me. Oh, I knew it. I simply chose to ignore it for a long time.

I was diagnosed in 2001. For a long time, I was great about monitoring my glucose. I ate the right stuff. I took my medication. I exercised regularly. I tested.

But my insurance didn’t cover testing supplies, so it became easier and easier to say, “I feel pretty good; I’ll test tomorrow” until I wasn’t testing at all. It also was quite simple to say, “That piece of pie I had last night didn’t bother me, so let’s have another one tonight.”

I still took my pills and I still exercised. And I was able to fool myself into thinking everything was fine.

Until I went to Mexico last November.

While spending a great day in the pool at our resort I ground massive blisters into the bottom of both feet. These developed into two deep ulcers, for which I had to see the Mexican doctor. I’ll save that story for later (except to say that when I got back home I went directly to my doc, who took a look at the oral medicine the Mexican physician gave me. He said, “I have no idea what the hell this is” then he threw the pills away). He told me to keep the wounds clean and that was about it.

So I did. And I tried to minimize the time spent on my feet. My daily walks were put on hold.

A few months passed, and the wounds began to heal. But after a certain point, they stopped. As long as progress was being made I could tell myself that I didn’t need to go to the doctor.

Meanwhile, my energy level had fallen dramatically. There were days – most days -- when it was all I could to drag myself through the door after work. And the idea of doing anything else, including writing, seemed impossible.

Norma convinced me to start monitoring my glucose again. I did, and the number was shockingly high. Apparently the amount of walking I normally did kept the glucose level slightly in check. Once I couldn’t take long walks, the sugar shot up.

I immediately cut out carbs and started trying to get the number down.

About that same time, I mentioned my situation to a coworker. It turned out that he had an appointment the following week with a new podiatrist, and while there, he mentioned my problem. The doctor advised my friend to send me in as soon as possible. So the next day I was getting the wounds examined. The doctor said they were clean and well cared for, but they were never going to fully heal because of where they were located.

Now I wear special shoes that take the pressure off the ulcers and I make weekly trips to the wound care center. I’m on the mend.

And the blood sugar is finally back in normal range, after the addition of a new medication. I’ve dropped a lot of weight over the past several weeks, and I’m exercising again, albeit not by walking, but that will come soon.

I’m pretty sure I will stay motivated. On my first visit to the wound care center, I sat in the waiting room with a number of overweight people, many in wheelchairs. The guy sitting next to me was polishing off a big burger and a bag of chips. Another patient, obviously a regular, asked Chip Boy, “How ya doin’, Ronnie?”

“Awright,” Chip Boy said. “They cut off another one of my toes last week, but I don’t know what’s wrong.”

That was the moment I vowed that will never be me.

Now I’m feeling good again. I’m back to work on my writing and editing. While I didn’t finish the novel in March, I don’t see any reason I can’t type “The End” by late May or early June. I’m also working my way through the submissions for Appalachian Holiday Hauntings, so keep those stories coming.

And if you ever see me chowing down on a Snicker’s bar, slap me up the side of my egg-shaped skull, okay?
Posted by Mark Justice at 1:48 PM 1 comment: 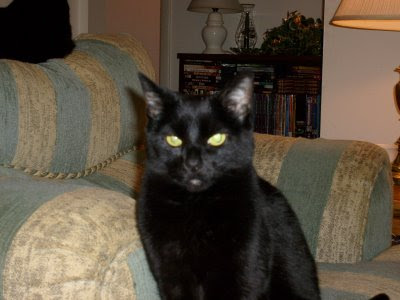 This was a bad week.

People who don’t have pets or don’t like animals or think all dogs and cats belong outside should stop reading now.

Those who have pets or are animal lovers know how these little critters can enrich your life and worm their way into your hearts.

In November of 1995 we got two little kittens, a male and female brother and sister. We were supposed to actually get two males, but the kittens’s owner gave us the wrong one, though we didn’t know it at the time. We took them directly to our vets for a feline leukemia test. We had just lost a cat to that insidious disease and were determined it wouldn’t happen again. During the course of the test, we found out one of the kittens was female. We briefly debated taking her back and getting the other male, but while we had been waiting for the results, the tiny female had been curled up on Norma’s chest, never looking away from her eyes. They were irrevocably bonded.

When the vet asked the name of the two cats for their charts, I said the first thing that popped into my head, the name of a then-popular television series.

Over the past few weeks, Lois had been acting odd. She was throwing up frequently, wasn’t grooming like she usually did, had lost a little weight and wouldn’t play as much as she normally had. At first, I put it off to old age. Recently, though, I was sure something was wrong.

Monday we took her to the vet, who decided she had a mass in her abdomen. On Tuesday the vet did exploratory surgery and found that Lois’s little body was filled with cancer. The prognosis wasn’t good. The vet could sew her up and send her home for a few weeks of progressively worse pain. Or we could let her go while she was still under, painlessly and peacefully.

As much as we wanted to keep her with us for even a few more days, we knew it would be selfish to let her suffer for our needs.

So we went into the operating room and kissed this sweet, gentle angel goodbye.

It’s one of the hardest things either of us has ever had to do.

There have been a lot of tears over he last few days. Nights are the worst for me. That’s when Lois would climb into bed with me, purring and “kissing” my lips and nose. I think morning are hardest for Norma, as Lois would sit in the chair with her while she worked at the computer.

But we have Clark to concentrate on, as well as our newest cat, Callie. Clark especially needs extra love now, as he wanders from room to room in this house, looking for his sister.

We had Lois cremated, and she rests now in a beautiful urn just a few feet from where I sit, in her favorite room.

I hope that the pain will diminish in the coming weeks and I can concentrate on the nearly 14 years of wonderful memories that I have of my little sweetheart. But right now it feels like an enormous hole has been carved out of my heart.
Posted by Mark Justice at 4:34 PM 2 comments: