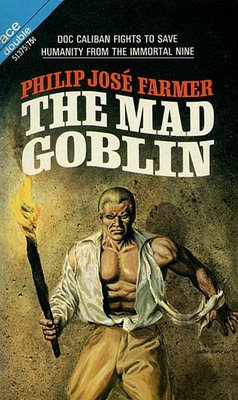 Coming soon: my telephone interview with Farmer for my Doc Savage fanzine, during which PJF tires to convince me Doc and Tarzan were real.
Posted by Mark Justice at 6:21 PM

Mark, what a fantastic post. Phil would be proud. Please do drop by the PJF forum and repost your remembrance there:

I'm looking forward to The Evil in Pemberley House.

Thanks Mark, I appreciate it!